One thing about website design, you can count on every project coming with a very unique set of challenges. Some are simple. Some are difficult. And some, you just take a few deep breaths and jump in, not really knowing the extent of the challenges that lie ahead! Such was the case with the website for Gena Ashwell and Helen Leake’s new film and screen production company, Dancing Road Productions.

END_OF_DOCUMENT_TOKEN_TO_BE_REPLACED 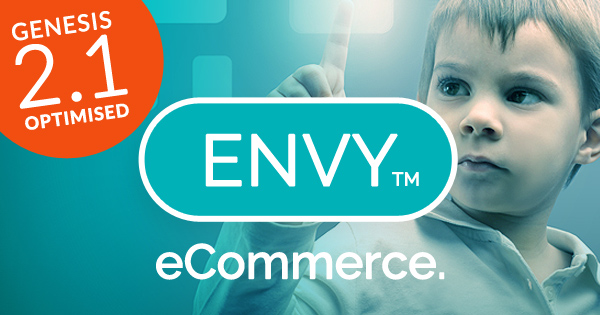 END_OF_DOCUMENT_TOKEN_TO_BE_REPLACED

It’s been a long time coming, but the ENVY WordPress theme is finally available on beta. So, what’s ENVY? Well, let me put you in the loop …

ENVY is a brand-spanking new WordPress theme and e-commerce solution developed for StudioPress’s heralded Genesis framework. In a nutshell, it brings e-commerce to Genesis using WooTheme’s popular WooCommerce plugin, all wrapped up in an attractive, well-supported and easy-to-use theme called ENVY (view the demo). END_OF_DOCUMENT_TOKEN_TO_BE_REPLACED